Why are grandparents genetically important? 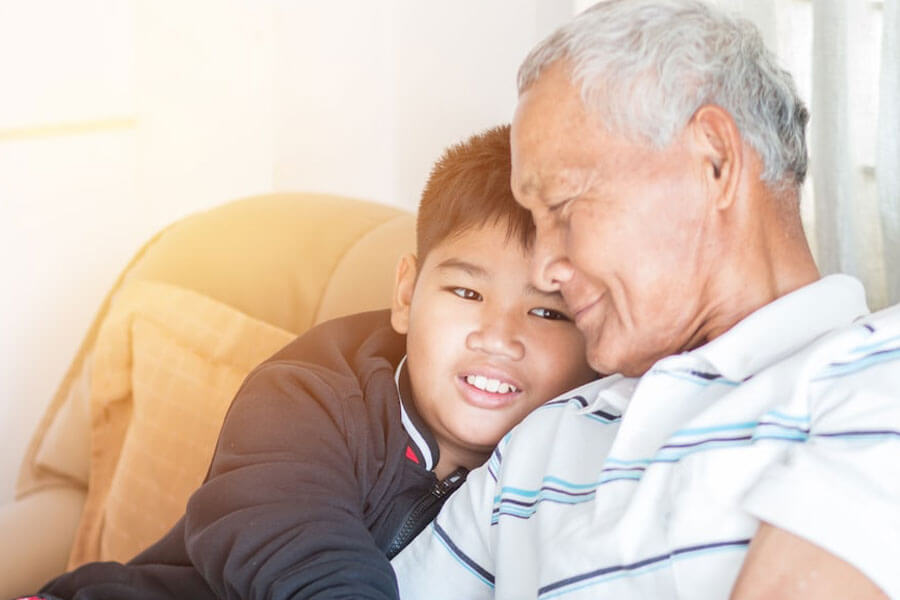 Why are grandparents genetically important?

One of the great and enduring ‘unknowns’ of autism is; what causes the brain to develop differently to what we typically expect.

The behavioural differences of many individuals with autism are so clear and apparent that it seems intuitive that the causes would also be as obvious. But research over the past 70 years has indicated that this isn’t clearly apparent.

One line of thought is that when we look at boys and girls on the spectrum the answer may be right in front of our eyes. In particular, the answer may relate to the enduring question; why four times as many boys are diagnosed with autism than girls.

There have been many scientific theories that have been put forward as to why there is a difference in the ‘sex ratio’ in autism. These theories range from ‘sociological’ (influenced by our societal norms) to ‘biological’ (due to differences in our biological makeup).

Our research is seeking to answer why there is a difference in the sex ration in autism, and how grandparents may be an important part of the answer.

Sociological
Over the past decade, evidence has emerged that sociological reasons may be one of the reasons that autism may be diagnosed more commonly in males than females.

One piece of evidence comes from how we diagnose autism. We know that autism symptoms are often different in boys than girls, but our diagnostic practices may not take that into account.

Clinicians diagnose autism by testing for a series of behaviours, which are described in international diagnostic manuals (such as the ‘DSM’ or ‘ICD’). There is growing concern that the autism symptoms laid out in these manuals are more relevant to boys than girls, and that therefore the diagnostic process may be biased towards males.

Scientific studies have provided evidence of this, by showing that boys are more likely to be identified with ASD than girls, even when symptoms are equally severe.

There is now increased understanding that females with autism may be better able to ‘camouflage’ their symptoms by using strategies to manage their communication and social difficulties[. These strategies, which are often exhausting, can mean that girls with autism can go ‘under the diagnostic radar’.

We now have good scientific evidence that these sociological reasons may contribute to some, but not all, of the reasons for the 4 (males) to 1 (females) sex ratio in autism. Further understanding comes from biology.

Biological
By very definition, males and females have differences in biology.

These differences start at the genetic level and have an important effect on how humans develop. One theory, called the ‘female protective effect‘ suggests that these biological differences may be the reason for the sex differences in autism.

This theory proposes that during very early human development in the womb, females are more resilient than males to genetic differences that cause the brain to develop differently.

In essence, the theory says that more genetic differences are required in females to cause autism than in males, and because of this genetic ‘robustness’, there are fewer females than males diagnosed with autism.

There is good scientific evidence for this theory as well. For example, one study looked at the DNA of over 700 children with autism, and found that females are more ‘resistant to genetic differences linked to autism – that is, girls may carry the same mutations as boys with autism and yet not have the condition.

This is a fascinating finding, and has led us to conduct our own study in this area.

Why grandparents are genetically important?
Grandparents are a rich source of genetic information because they can often provide a snapshot of their families’ history of autism.

Our study is recruiting grandparents who have a family history of autism.

Grandparents are asked to complete two surveys. This first survey includes a 30-minute family history questionnaire which can be completed online or via a phone interview. A second survey asks you about your experience of grandparenting and may also ask you about specific family members.

The family history questionnaire captures de-identified data to look at the patterns of autism within your family. The idea is that the information captured in that survey would establish the rate at which females and males of the same family are diagnosed with autism.

By recording the rate at which females and males within a family have the autism, we’ll be able to test the female protective effect.

Why is this important?
By understanding why males are more likely than females to receive an autism diagnosis, we can start to better understand the condition.

For example, our understanding of how sociological factors contribute to the sex ratio difference has influenced the new National Guideline for Autism Assessment and Diagnosis provided specific guidance about how autism behaviours may present in females.

By understanding biological explanations that may contribute to the sex bias, we can help in developing targeted interventions that may better help boys and girls with autism reach their full potential.

Science is a key way that we can better understand about humanity, and we are committed to ensuring that our science always has the goal of improving the quality of life for individuals on the autism spectrum and their families.

This research project is still recruiting and we would love to hear from grandparents who have a family history of autism. If you, or a person you know may be interested, please contact Rebekka Jooste: rebekka.jooste@telethonkids.org.au