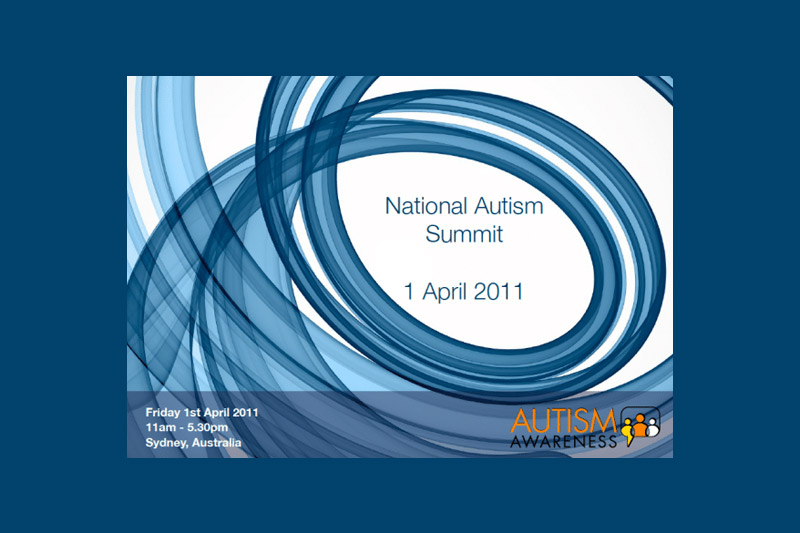 Autism Awareness was proud to host the inaugural National Autism Summit on Friday 1st April 2011. The Summit was held at the Brain and Mind Research Institute at the University of Sydney and facilitated by respected journalist Ellen Fanning.

The event was part of our World Autism Awareness Day series for 2011.27 organisations, with a combined membership of 62,000 individuals, attended the event. This represents a substantial proportion of the Australian autism community.The theme of the Summit was ‘Simplify, Unify, Amplify’.

Delegates discussed the fundamental issues of diagnosis, early intervention, education, adulthood / life, research and funding and formulated united statements around these topics. We are delighted to say that there was unanimous approval from the delegates to work together to create a peak national body, with additional representation from interest groups in the autism community outside of the state organisations. All delegates acknowledged the great work going on in a number of existing organisations but saw the need to unify our efforts through a peak body, which could simplify and align our messages to the key audiences of Federal and State Governments and the Australian public.

The action plan formulated at the National Autism Summit will be published on our website later this year.