AUStism at the House 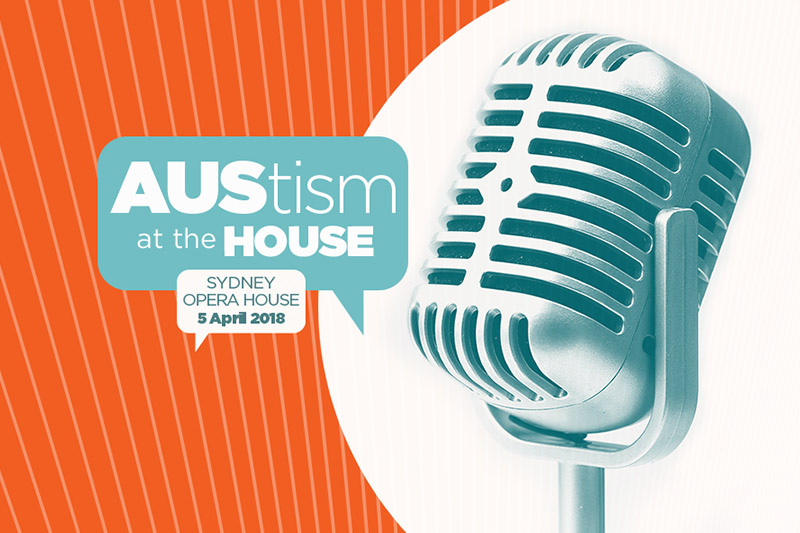 AUStism at the House

We all know there are many different ‘shades’ of autism but often we only understand the autism we have personal experience with.

As Australia’s leading voice for autism, we are committed to raising awareness and understanding of all types of autism. As such, we are excited to launch our annual AUStism speaker series kicking off in April.Held at the iconic Sydney Opera House, AUStism at the House will feature a line-up of speakers from both Australia and overseas who will share their personal stories and experiences of autism; tales of adversity, persistence, resilience, triumph, success and inspiration.

Sydney-based GP, Dr James Best and his son Sam, a teenager on the autism spectrum, made headlines around the world three years ago after embarking on a radical six month backpacking journey around Africa on a purposeful trip to to improve Sam’s life skills. Documented for the ABC’s “Australian Story” the determined father sold his house to fund the trip in the process. But was it worth it?

Emmy-winning, US-based journalists, John Donvan and Caren Zucker, have been collaborating together on autism stories for 18 years, however it was their bestselling book, “IN A DIFFERENT KEY: The Story of Autism”, that was honoured with a Pulitzer Prize Finalist nod last year. They talk about what drives their passion for autism awareness.

Australian artist, Tim Sharp, made history by becoming the world’s first person living with autism to turn his creations into an animated TV series. If that wasn’t enough, he’s also a Young Australian of the Year finalist and has had his artwork produced into an award nominated off-Broadway Play. Tim and his mum Judy take to the stage to talk about how Tim’s art changed both of their lives forever.

British primary school teacher turned award-winning writer and speaker, Chris Bonnello, now has an army of more than a million readers tuning into his blog to hear his musings. He talks about his journey from “weird kid” to eventual diagnosis with Asperger’s Syndrome at the age of 25 and reveals his laugh-out-loud ponderings on life with autism.

Sharing insights, messages of hope and encouragement, our speakers will share their stories. Some funny, some tough, some empowering, some bittersweet, but each poignant and each guaranteed to make you think.

AUStism will be a showcase of great stories from extraordinary people.