The future's not always what it seems... 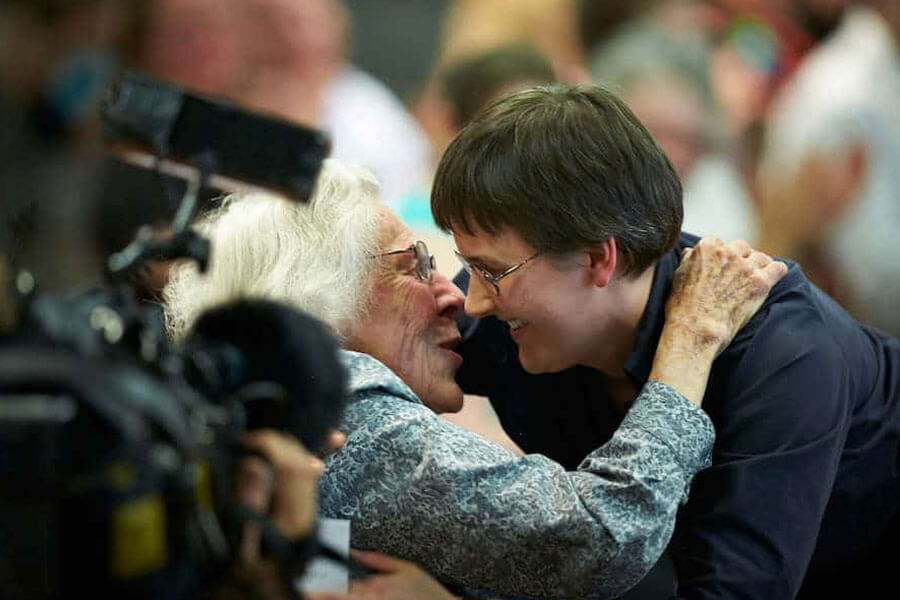 The future's not always what it seems...

Recently (19 Sep 2018), the I CAN Network (which I’m an Ambassador for) celebrated their 5th birthdaywith a birthday breakfast after it was founded by Chris Varney, James Ong and myself on 19 Sep 2013 (at 12 noon) at a meeting at Monash University. This was the catalyst for me to reflect on what I’ve achieved in the past 5 years.

5 years ago, on the personal front...

I was living at “home” (with my parents, with my Grandma in the granny flat in the backyard), eagerly counting down to settlement day of the unit I’d purchased that August.

I was an Assistant Lecturer, I’d just reduced my work week to 4 days/week, I was predominately doing research as a Biostatistician in the Women’s Health Research Program (WHRP) analysing our long-term breast cancer study, and I gave the occasional guest lecture and tutored the 1st year medical students and biomedical science students.  I was also studying the Graduate Certificate in Academic Practice (GCAP), learning more about different teaching methods.

Now it is 2 years since I got promoted to Lecturer. (One of my colleagues has progressed from Lecturer to Associate Professor in the same time frame!) My role at work is predominately teaching, but I still do the biostatistics analysis of the WHRP studies outside of Semester 2 teaching time.  I’m now Unit Coordinator of two 1st year subjects, one of which has around 700 students! This involves writing course content (lectures and tutorials/workshops), assignments and exams, as well as answering student questions and special consideration requests. I learnt how to make narrated videos (PowerPoint & screen capture) in GCAP; now I have several videos including one on scatterplots, correlation and linear regression in Graph Pad that has over 52k views!

5 years ago, on the autism advocacy front...

I gave occasional talks in the Aspergers Victoria guest speaker “adult panel” evenings on my personal experience of being autistic, and my diagnosis was “common knowledge” at work – thanks to showing many colleagues Kathy Hoopmann’s book “All Cats have Aspergers Syndrome” when I was given it for my birthday, and writing about the talks I gave, and I CAN starting, in the eNews. I’d never been to a conference about autism – only public health related conferences for work.

Now I’m recognised as an autism advocate, and I’m an Ambassador of 3 autism organisations.  I’ve been to several autism conferences, and been an invited speaker at two. In 2015, after the “hoodie girl” incident at APAC 2015 in Brisbane (I was an invited speaker, there was a bright spotlight on the speaker’s stage, and I was in sensory overload so used my I CAN hoodie hood to shield my eyes from the bright spotlight), I was mainly known as “hoodie girl”. Now, I’m known as myself too – live tweeting conferences and getting the nickname “Twitter Queen” has helped me network!  I was the recipient of the Autism Spectrum Australia (Aspect) “Inspiration Award for Individual Achievement (Adult)” award in 2017, and this year I’ve been doing the Autism CRC Future Leaders program. The highlight of my talks was when my Gma saw me talk in person at the I CAN Network launch in Nov 2015.

I was an invited speaker, there was a bright spotlight on the speaker’s stage, and I was in sensory overload so used my I CAN hoodie hood to shield my eyes from the bright spotlight. After this incident I was mainly known as “hoodie girl”.

The above comparisons for my life are as a young adult (age 30 then, age 35 now). A 5-year comparison in primary school-age kids would result in a huge change in what they can do. (Some of my autistic friends in primary school have come along in leaps-and-bounds in just the last YEAR, let alone FIVE!)

For instance, comparing a child at the start of primary school (Prep or Grade 1) vs the end of primary school (Grade 5 or 6), or start (Year 7) vs end (Year 12) of high school would show just how much a child has progressed in a 5-year period.  For example, each year in high school, I did a week-long music camp at the VCA in January; in 1996 (before Year 8) my mum travelled with me on the train on my first day, whereas in 2001 / 2002 I travelled with some of my music friends from school (and even found out what course I’d got into at uni on the train on the way to music camp in 2002 – loudly yelling “I got in” (to Bachelor of Biomedical Science) to the entire packed peak hour carriage!!!)

When I give talks and share my journey and my personal experience, I often quote Prof Rita Jordan’s plenary at the Victorian Autism Conference in 2014: “The biggest gift you can give to people with autism is time”. I believe that everyone has their own journey, and their own timeline.  (I moved out into my unit when I was nearly 31; 15 months later, my much younger (by 7.5 years) twin sisters had both moved out.) Don’t be afraid to do it “your way”, in your own time. For me, taking lots of small stepping stones to achieve my goals – rather than fewer, bigger, more daunting ones, has been vital. Whether that be doing Year 12 over two years, or gradually increasing my teaching responsibilities each year, or looking after myself while my parents were away on holidays (with Grandma in the granny flat out the back to guide me when needed) giving me the skills to move out of home.

Sometimes parents of autistic children (especially young, newly diagnosed with high support requirements) find it hard to see past their experience of their own child at that point in time. These parents can be reluctant to listen to autistic adults stories, because they feel like we aren’t like their child. Don’t make your child’s abilities now affect your judgement on what they’ll achieve 5, 10 or 15 years from now! Instead, enable your child to reach their potential – whatever that may be.

This article is in memory of my Grandma

who along with my parents helped me reach my full potential.

Ambassador of the I CAN Network, Yellow Ladybugs and Aspergers Victoria