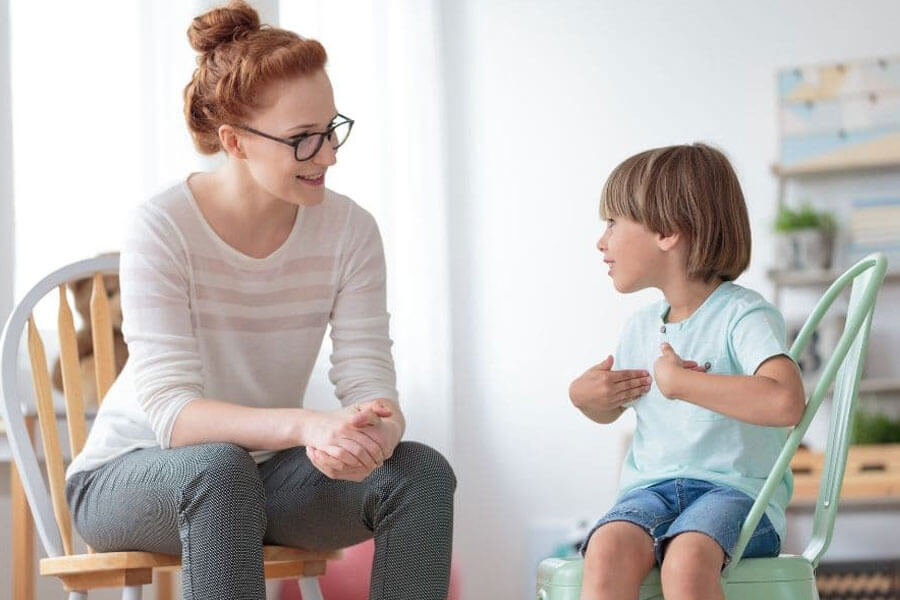 Understanding the developmental sequence that leads to talking.

Autism impacts many aspects of a child’s life. It nearly always challenges their communication skills. As a consequence, most parents list communication as one of the primary goals for their child.

For the purposes of this article, we are addressing just one aspect of communication. We are looking at a child’s ability to talk.

Before we can understand why talking is much harder for children with autism, we need to look at how children learn to talk.

In those first few months, babies learn to communicate by

Talking is a complex skill and it does not develop in isolation.

It is dependent on many areas of development. Let’s have a look at all the things that young children need to do to be able to talk.

When a child is developing across all areas, developing skills in the right order and learning them at roughly the right age then talking starts at about 12-16 months of age.

Why can’t they talk at the same time as other children?

This is because the young child with autism isn’t learning the same way as other children. They have missed some very early that lead to talking. They aren’t looking at people and watching what people are doing. They aren’t imitating them. Even for the children who are more aware of the people and environment around them, they usually aren’t watching and imitating frequently enough. These things have to start happening in the first 6-12 months of life for children to start talking.

The earlier a child is diagnosed with autism; the sooner early intervention can start.

The earlier the intervention starts, the better the outcome for a young child. Children who start intervention early are more likely to talk. When choosing an intervention for your young child with autism, it should follow general developmental principles and address the early skills that your child may be missing. If your child hasn’t learned to reach or point for things they want, then it is harder for them to learn to talk. If you notice that your child isn’t responding to your voice, watching how others play with toys, or imitating actions in songs then they are less likely to talk. The intervention plan that you should address all developmental areas because communication does not develop in isolation. It requires a number of skills to be developing at the same time. When the early skills start to develop then a child has a much greater chance of talking.