My son is starting mainstream schooling... 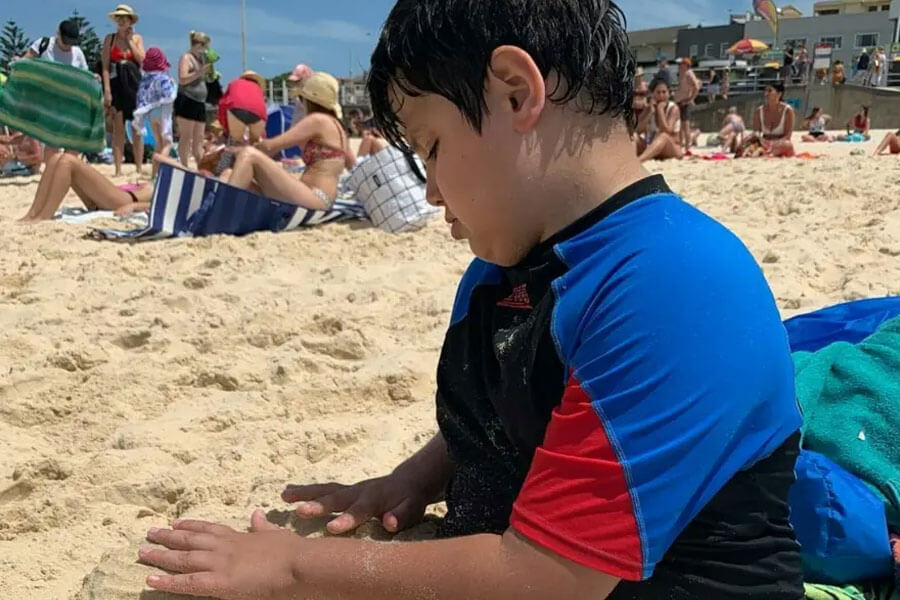 My son is starting mainstream schooling...

My son Giovanni, 10, wasn’t diagnosed with Autism Spectrum Disorder (ASD) until he was in Year 1 at school. I’d suspected he had autism from the time he was a toddler. But it’s easy to explain certain behaviours away, particularly when you are surrounded by people more than happy to tell you what they think you want to hear.

“He just likes playing on his own!”
“He just likes eating certain foods!”
“Some kids hate loud noises!”
“He only has a slight American accent!!!”

Since his diagnosis, which took weeks and cost $4,000 out-of-pocket, most people now believe my son isn’t just ‘quirky’, but has some potentially serious challenges to overcome. I’ve also found that with the official diagnosis in my life, I’ve grown braver when it comes to ensuring my son receives everything he needs to thrive.

Despite the diagnosis, his original school struggled to meet his needs. In their defence, Giovanni hadn’t started treatment yet and he was a mess. Also, I had a lot to learn about autism and my son’s needs, and was busy learning all that I could.

After finding the most amazing occupational therapist I could have hoped for, my next job was to find a school that would work for him. Everyone kept telling me about Autism Spectrum Australia (ASPECT) and I’d visited the website several times and gone to a couple of information sessions, but wasn’t sure how I felt about my son going to a special needs school. I was uncomfortable with the idea of removing him from mainstream schooling, which I felt, should be able to cater to his needs.

The fact remained that they couldn’t.

I was left with no choice but to add Giovanni’s name to the waiting list at ASPECT while he continued to attend his original school.

It was a terrible time. Each time I dropped him off at school I felt sick. He was struggling with the most basic of tasks, overwhelmed by the noise and the crowds of children. He was being bullied. It was a nightmare. Each of his teachers were incredible, taking it upon themselves to learn different strategies they could use for Giovanni and doing their best to protect him while we waited for a place with ASPECT.

Giovanni was recommended for a ‘satellite’ class. ASPECT sets up classes at ‘host’ schools in the area. The children with autism attend class together, but also have opportunities to mainstream. ASPECT explained that their goal wasn’t to keep our children in the ‘satellite’ class forever, but just until they were ready to mainstream full time.

It sounded amazing, but when a place came up for Giovanni it was 40 kilometres away from home and I was terrified at the thought of my special little boy being so far away from me each day. Even though he’d be provided with a driver to and from school, I was also nervous about that. I said no, and immediately regretted it. I swore I’d say yes the very next time a place was offered to my son.

18-months after being placed on the list, Giovanni was offered a place for a second time, 40 kilometres away in a different direction but I said yes. He was given a driver and attended the school for three years.

Giovanni and several other boys with autism attended the class together, each in different grades, each being given as much opportunities as possible to mainstream, cared for by three incredible teachers who were so sad at the thought of Giovanni leaving the school. I may be biased, but my son is particularly loveable and they truly loved him. They love all their students. They are completely and utterly devoted to their students and it’s because of them my son is ready to mainstream. They will never know how grateful I am for their incredible work.

Still, the thought of Giovanni being in the big, wide world is scary. I’ve become so used to protecting him and shielding him from anything that distresses him that I’ve done him a disservice.

It was during the tour at his new school that I saw how ready he was to mainstream.

Firstly, during the tour I tried not to hover. I wanted to give my son a chance to handle things on his own. I’ve been trying to do that more lately, even at family functions and at the shops.

Secondly, I swore I wouldn’t speak for him. I waited for him to answer questions directed to him. None were, but I was delighted when the teacher asked the group a general question about coding and Giovanni voluntarily answered it.

When we got back to the car, I made sure not to ask Giovanni what he thought of the school, knowing he needed time to process it all. It wasn’t until the next day that he came up to me and started talking about the school.

“Mum, I think I’ll play in the Red Playground,” he told me, before explaining that he’d chosen that particular playground because it was the closest one to the entrance and seemed to have more things to do in it.

This entire conversation was pretty much Giovanni’s glowing endorsement of the school, by the way.

Giovanni is smart, and has learned enough at ASPECT to handle class time, but the biggest challenge for him remains friendships.

“And it’s good that there are Buddy Benches in the Red Playground, so if you don’t have anyone to talk to you can sit there and someone will look after you,” I reminded him.
“Yes, but it’s okay mum because it’s actually pretty easy to make friends,” he said. “You just are walking along and you see something random, like, for example, a bee hive, and then you both start talking about it, and then you are friends.”

I really wanted to hug him and kiss him at this point, but he doesn’t really like to do that, so I just tried to enjoy the moment. My beautiful boy is ready for mainstream schooling, and I think he’s going to do really well.