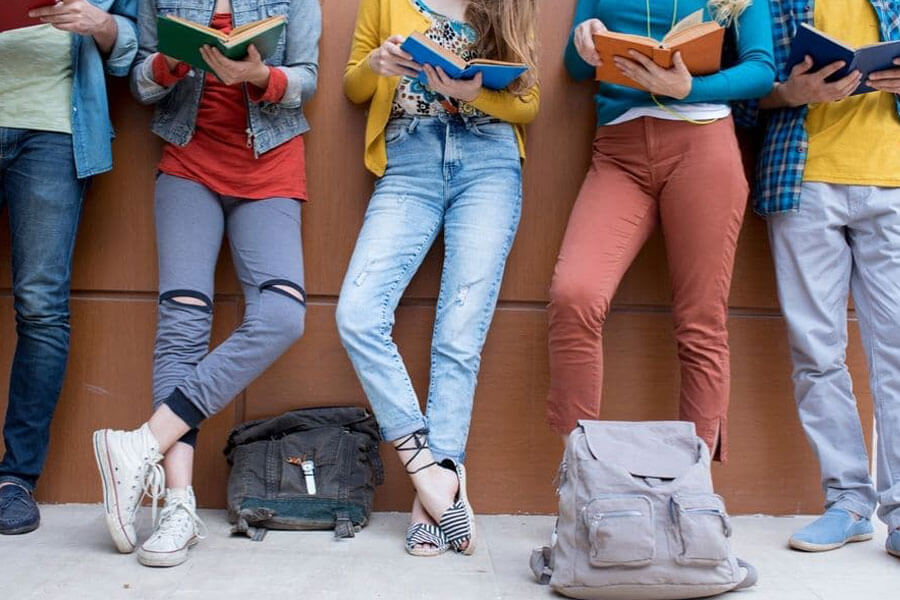 Some of you may have seen my article last month about the HEEADSSS acronym, how it is used by doctors to navigate through issues concerning the health of teenagers, and how these issues can manifest in young people on the autism spectrum. Today I will discuss the second and generally more complex half of the acronym, namely:

S – Suicide and Depression (including mood and possible psychiatric symptoms)

We all want our offspring to be active, with a wide variety of pursuits that make their lives richer and more fulfilling. Rigidity and anxiety provoked by exposure to ‘newness’ (neophobia) so prevalent in those on the spectrum can lead young people to retreat away from new activities, and lead to a narrowing of interests. A gentle and loving push (to use Temple Grandin’s expression) is the way to go, despite the effort and sometimes stress this can lead to (for both the young person and those doing the pushing).

In some of the families I see, they’ve lost the wider perspective of what is possible. Can your child unpack a dishwasher, use a sharp knife, buy their own clothes, travel independently, manage their own bank account? Are they capable of learning to drive? A good starting point is to assume competence, until it is clear that (at least for the moment) that activity is not possible. You never know, they may surprise you.

Autism can sometimes be a lonely space. The inherent deficits in social and communication skills can be cast into sharp relief in the adolescent years where the complexities of friendships exponentially rise. Yet, as we all know, our young people on the spectrum are capable of rich and fulfilling relationships, and almost universally crave them.

Providing opportunities for these relationships to develop requires both imagination and effort, but using shared interests — which could be gaming, art, music, sport or a multitude of other activities — as a means of connecting with others is recommended by most experts. Just because a young person has autism does not mean they cannot ‘hang out’ with other young people. Parents need to fight against the nagging feeling that they may not be welcome, or may be ostracised, not only for themselves but to model this confidence to their adolescent offspring. Whether they are socialising with other young people who are on the spectrum or not (who cares?), not only should we assume competence in activities, we assume our kids will have competence in developing relationships.

This stuff can cut both ways in young people on the spectrum. Often our young people are not as exposed to peer pressure with respect to experimenting with drugs and alcohol simply because they are less exposed to peers in general, which is at least one benefit of isolation.

Conversely, like all teenagers but especially so for some of those on the spectrum, substance use may be used to overcome anxiety related to social exposure. If you are feeling awkward, you may use alcohol, a joint or a pill to bolster your confidence, or alternatively you may light up a cigarette to seem like ‘one of the crowd’.

Proper education is essential in this area. Many individuals on the spectrum are natural rule followers, and if appropriately informed of the ‘rules’ and the health consequences can be steered clear of such pitfalls.  However, just because someone has autism doesn’t mean they are not vulnerable to substance abuse. The adolescent world with all its wonders and dangers remains out there, and that is something that is unavoidable.

Sex and sexuality for the adolescent on the spectrum can be a very confusing place. If you have trouble dealing with social cues and norms, this stuff can be downright baffling. The starting point, of course, is education, and lots of it. If you have more trouble than most understanding this socially complex territory, then you need more, not less guidance, preferably early.

There are some excellent resources available to help support learning— Autism Awareness Australia list some on the webpage and the Family Planning Association also have some excellent resources — but it often comes down to the parents and carers to access and use these. I would not rely on your child’s school providing sexuality education, and in a mainstream setting it may fly over the head of the teenager with autism sitting up the back of the class or looking out the window. There are some specific gender, sex and sexuality issues that are more prevalent in people with ASD. This includes a higher rate of gender identity diversity and gender dysphoria, where there is distress over the mismatch between the gender assigned to a person at birth and the gender they identify with. There is also a higher rate of sexual abuse, both as victims and possibly offenders. Issues such as what is flirting, appropriate touch and social and legal boundaries can be all the more confusing for an adolescent on the spectrum.

Parents will often find this stuff embarrassing or awkward, but good quality sex education is essential for our young people. Ignoring the inevitable biological changes of adolescence will both increase a variety of risks as well as reduce the chance of your child developing healthy sexual relationships.

Mental health is a massive problem in autism. A recent large meta-analysis in The Lancet showed distressingly high rates of a wide range of mental health diagnoses in individuals with autism, including depression, anxiety, ADHD and obsessive-compulsive disorder. These rates were much higher than in the non-autistic population.

Depression has been identified as being more common in individuals with ASD from as young as the age of ten, and this higher rate persists through adolescence. A large driver of this — one that should be actively looked for — is bullying. Make sure your child is fully aware of what constitutes bullying, and that it is never acceptable. Most schools take bullying extremely seriously and should offer to help you identify and prevent further bullying.

Because of the increased prevalence of mental health disorders in adolescents with autism, as parents or carers we need to be alert to this and act early if needed. Apart from the distress caused by mental health disorders, there is also the risk of suicide. While the scientific evidence in this area is thin, one Swedish studyfound the risk of suicide leading to premature death is individuals on the spectrum to be ten times higher than that of the general population, with a higher risk in females compared to males (reverse of the situation in the general population) and higher in those with mild autism compared to severe autism (in contrast to all other causes of premature death the study looked at).

Some experts also believe that suicidal ideation and behaviours suggesting suicidal risk (such as self-harm) may not be as apparent as in neurotypical individuals, or may be dismissed as being ‘part of autism.’ The loss of any young life is a tragedy, particularly if potentially avoidable. Help is available, and if you are concerned that any young person on the spectrum is at risk of self-harm or suicide, seek urgent attention and do not allow your concerns to be dismissed.

While I have covered many of the safety concerns affecting adolescents on the spectrum in the sections above, we also need to consider wandering.

Most of us would be aware that wandering (what experts refer to as ‘elopement’) by young children on the spectrum occurs at a much higher rate than in neurotypical young children. Two of the big risks of wandering are road safety and drowning. Depending on a young person’s level of disability, these issues may persist into adolescence.  If you believe your young person may be vulnerable, the American Academy of Pediatrics (AAP) offers some good strategies to reduce risk.

A final point on safety that is harder to define is exploitation. Because of their decreased social awareness, social isolation and even naivety, young people with ASD can be taken advantage of by the opportunistic and unscrupulous. Whether it be an employer, a social group, someone selling something, or even a carer, while it makes my blood boil to even say it, in all walks of life there are people out there waiting in the shadows. Fortunately, there are also the good and kind, willing to defend the vulnerable. Helping our young people on the spectrum distinguish between the two is hard, but something we should never stop trying to do.

Well, I must admit, this last one has me a stumped. I’m not really sure about if and how spirituality manifests differently in young people on the spectrum. Anecdotally, I’ve heard one teacher of Sam’s comment that teaching religion to autistic teenagers can be a challenge. Whether that’s because of the concepts of spirituality and religion require abstract thinking, or because spirituality is centred around faith and beliefs, rather than quantifiable and provable facts (and hence may not appeal to the autistic mind), who knows?

However, one thing I reckon for sure is there will conversely also be many young people with ASD who are very spiritual, for whom religion and spirituality may be a special interest and a way to connect with others of similar beliefs. When it comes to passion, the autism community is not going to let you down.