Early intervention is key...then what?? 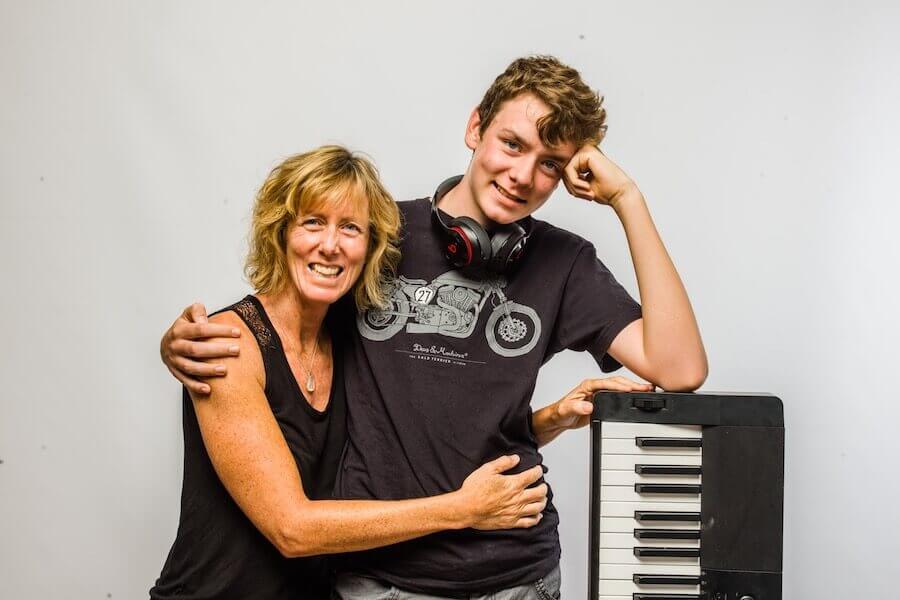 Early intervention is key...then what??

Our son Liam was diagnosed with Autism in 2003. Back then, our only reference was “Rainman” and like most parents, we were told our child wouldn’t speak, wouldn’t show emotion and would most likely be institutionalised. Liam had just turned 2 yrs of age, so you can say we were one of the lucky families since we caught his autism early!

In 2003, they really didn’t know much about treatment options but enough to say the earlier you treat it, the better the outcome. Not knowing much on the subject of autism, we read all the books, attended seminars, and even sourced Dr Google. We tried everything: occupational therapy, speech therapy, naturopathic medicines, sensory interventions etc. and by the time Liam was 3, we found our way to ABA therapy (Applied Behavioural Analysis). We trusted the science behind ABA and it was the therapy that was showing the most progress in our child.

Liam did the prescribed 40 hours per week and we were very much involved. We were part of the teaching and programming so we could generalize what he was learning. His progress was slow but steady. By the age of 4, Liam was starting to make short sentences but in our minds the gap between him and his peers was still quite huge. He couldn’t hold a conversation, we couldn’t hold his attention and his comprehension was low. How would he cope in a classroom?

We simply felt Liam was not yet ready to start school and we were most worried about regression. We contacted the Board of Education and requested to Home School him. We were granted permission as long as we provided them with lesson plans….kinda made us laugh, I mean, we’re talking kindergarten, really!!! Anyways we did as we were told and preceded to set up a classroom in our home.

We needed to create a fun and stimulating environment. Most of Liam’s teachings were through play, so we needed lots of toys at our disposal. We gave specific lists of toys to friends and family at Xmas and Bdays and we frequented many garage sales. One of our neighbours was throwing out a blackboard…our classroom was set!

The mornings were spent teaching kindergarten, using ABA methods. All his programs were tracked and measured. To ensure socialization, we approached a pre-school and asked if he could attend in the afternoon with his aide, and they accepted. We also sourced friends from his pre-school for playdates at our home. These were monitored by his aide as well.

Liam learned how to read, could write all his letters, knew the alphabet and all the usual kindy songs! He still preferred to play on his own, but he understood turn-taking and could parallel play with the best of them.

In Grade 1 he started going to school. We wanted his aide to follow but the Department of Education refused due to liability. For the first time, Liam was on his own. He really wasn’t ready and keeping his attention was still very challenging. We decided to keep his ABA for 2 hours after school and we had a communication binder that went back and forth from school. We held regular meetings with the school to let them know what we were working on and also understand his gaps.

The one thing about being a parent, whether your child is on the spectrum or not, is you get to hear everyone’s opinions. There are also the social pressures of what your child SHOULD be doing. Most of the books and theories pointed to making sure your child with autism attended mainstream (normal) schools with his peers. As Liam climbed in grades, we were losing ground. A good compliant child, he sat still in his classroom and even gazed towards the teacher…but in his mind, he was replaying Disney movies. The gap was widening, the subject matter was way above his level and he just couldn’t keep up with his classmates.

We made the very hard decision after year 4, to pull him out of mainstream and send him to a “Special Ed” school. We found a school that was researched based and worked at the child’s developmental stage and moved him forwards. You can’t teach a kid multiplication, if he can’t add, or word math problems if his reading comprehension is low. The classrooms were small and the kids would work on subjects in groups of 3. Liam was learning again since the teachers could ensure they would keep his attention.

Throughout primary, we kept up with his 2 hours of ABA after school and once a week, he attended a social skills group. Liam kept learning and made progress, but we knew he would be lost in a mainstream high school. We toured lots of options and found a high school that had a “satellite” classroom within a mainstream high school. They teach the core subjects within this smaller classroom (Math, English, Science, etc.) and the boys join their peers for Drama, Music, Sport, Tech and Art. It’s a perfect marriage, in that Liam still learns at his developmental level and socializes with his peers. The best part, the mainstream boys learn to understand kids with special needs and are incredibly supportive.

Liam did extremely well in his first year and we decided to stop his after-school ABA program. Liam is currently in year 10 and thriving in his environment. He is on track to graduate, hold a job and become a contributing member of society. It’s been a long, hard and costly journey, and we couldn’t be prouder of our son. We still have a lot of work to do and our next challenge is to find a part-time job for him…. It’s time he pays us back for all those costly therapies!!!