Determined to make a difference 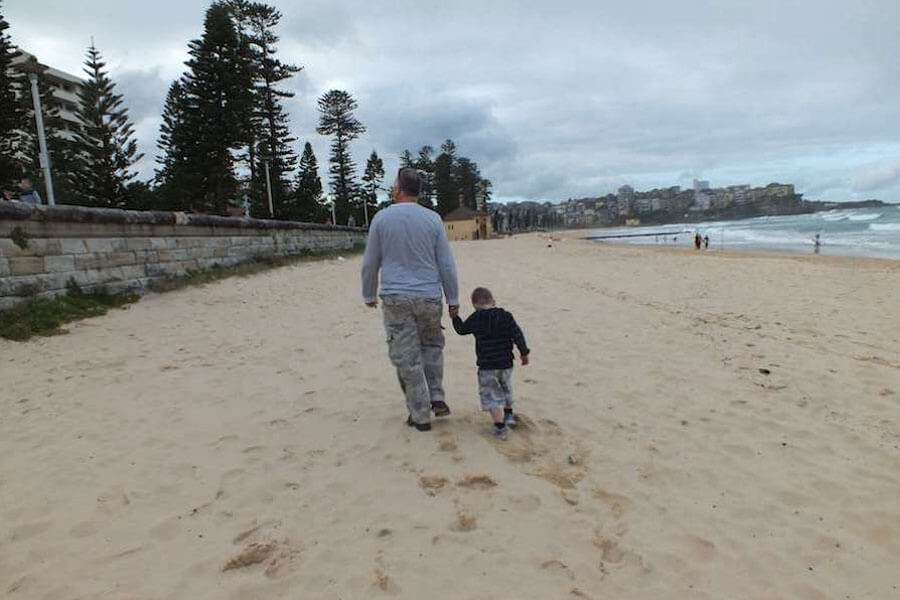 Determined to make a difference

Alex was a really happy baby. Didn’t cry much at all, took to solids well, crawled more or less at the right time and walked a little late but not too late. Looking back, one of the earliest signs I had that something was amiss was his interest in the light on his heater and his fascination with light switches. I thought briefly, ‘that’s odd’. Next came his first birthday and his younger cousins were saying ‘Dadda’ and ‘Mumma’ but he was pretty mute.

The turning point was a TV show about an 8 year old autistic boy. I saw no more than 1-2 minutes of it and it barely registered. I was just drifting off to sleep that night and sat bolt upright.

The little boy in that show had an obsession with flicking light switches – just like Alex.

I got up and googled autism. I found out about the red-flags; not pointing, not clapping, not waving, the M-CHAT test. Everything was pointing in the same direction – our perfect little boy was also different. I went back to bed and woke up my wife, Lucy, and said ‘I am worried about Alex’ she said ‘Do you think he has autism?’ Lucy had been thinking this for some time.

Up until the diagnosis we followed the principle that, even if he didn’t have autism, he needed assistance with his language and social skills as they were already severely delayed. We commenced Speech Therapy and Occupational Therapy. Today, nearly 10 years later, I believe that he would never have achieved his current level of good functional language without the 100’s of hours of speech therapy he had.

After the diagnosis, we commenced ABA. Sometimes it was hard to listen to, but then later we would also here him experimenting with the new skills he had learned. At one stage we had 20hrs of therapy and 20 professionals involved in Alex’s life.

Our biggest fear, and I think the fear of many parents of kids with disabilities, was who is going to take care of him when we are gone? By the time he is twenty I’ll be almost seventy how would I care for him then? What about his older sister and her life, is she destined to become his lifelong carer? I would hate to be accused of trying to fix or cure him, but we did need to make sure he would be safe and independent when he gets older. And this has been our laser-like focus ever since.

Although he struggles at times and is quite quirky, Alex is in year five in a mainstream school. He does mainstream martial arts (this is my own passion as 60-90% of autistic kids are bullied), plays the guitar, plays soccer, swims, manages his events at little athletics, catches a public bus to and from school by himself and many other activities.

Alex does chores, is able to make his own purchases at shops and order his own McDonalds – at least he won’t starve! At school he is considered the math leader, topping his class and even his year in maths. He programs Sphero, Ozobot and a Quadcopter and is the go to person for technological problems. So one thing we have learned is that you have plenty of wins to celebrate.

Now on to me, I did not cope very well at all, I suffered severe depression – still do. Sometimes people talk about a sense of loss of what might have been and I can honestly say I did not experience this. But the worry nearly killed me. At my work I went from being a contractor to staff, I thought the security would be better, but with the security came loss of flexibility. I was severely burning the candle at both ends, trying to juggle work commitments and therapies, and sometimes autism related issues such as meltdowns. There were days where I’d have to drop everything and immediately leave the office. I very nearly lost my job but we eventually found a balance and I must say things got significantly easier when Alex started school.

I’m an engineer and write computer programs for my work, and to be honest, have not spent a lot of time thinking outside my own domain. I had never given autism a seconds thought. But now, being exposed to the autism and disability communities, over and over I began to think there must be more to life and I really wanted to make a difference.

I am an administrator on various autism-related Facebook groups, and I’ve become acutely aware of the problems facing the autism communities. Poor health, both physical and mental, amongst carers is rife and single parent families run at about three times the national average. Financial stress is huge as the cost of therapy mounts, while many service providers seem to see the NDIS as an opportunity to benefit themselves.

Looking further, adult autistic individuals have been all but forgotten. Outcomes are really poor with rates of employment and higher and vocational education very low as well as poor physical and mental health outcomes. My goal is to make a difference. I am a very different person to 10 years ago – I like to think a much better person.

Here are the top 8 tips I’ve learned over 10 years as an Autism Dad.