Back to school with ASD — it shouldn’t be so hard 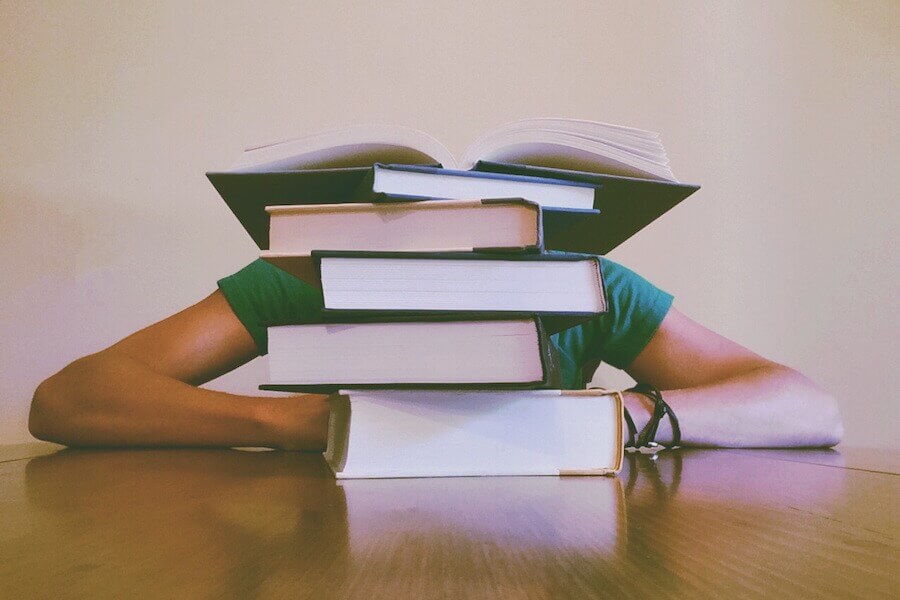 Back to school with ASD — it shouldn’t be so hard

Dr David Trembath, the academic who tracked my son, Sam’s, progress as he travelled through Africa (chronicled in Sam’s Best Shot) once observed that autism parents have to take ‘fairly drastic steps to achieve [for their children] what everybody else [that is, parents of typically developing children] gets to do without the extra effort.’

Tell me about it.

A few days before his thirteenth birthday, Sam moved from the cloistered environment of a special education primary to the rough and tumble of a Catholic boys’ high school. We set up a comprehensive transition program, but still I was terrified how he’d cope. Dropping him off in those early days felt like we were on a trapeze: would someone catch him, or would he crash to the ground? Luckily, Sam’s mainstream experience turned out to be a positive one. He was welcomed into the school community, completed the Year 10 curriculum with appropriate modifications and happily went to school every day of those four years.

Unfortunately, family circumstances dictated a move to the country this year, so I found myself on the transition treadmill again (cue frowning emoticon).

Last August, we visited the region for interviews. Our preferred school welcomed us but requested an updated DSM-5 diagnosis for funding, so we arranged for a psychologist to observe Sam in the classroom and provide an updated diagnosis and transition plan. In November, he went on a two-day visit to the new school, accompanied by his aide, so she could teach his new aides strategies to get the best out of him. Finally, this week, he started at the new school, but only half-days until he acclimatises. When he is happy to attend full days will we consider the next step: the school bus for the twenty-kilometre journey there and back. I’m exhausted just thinking about it.

Contrast this with how easy it was when my older (typically developing) boys moved to high school: buy the uniform, pay the fees, and from day 2 onwards drop them at the bus stop!

People with autism all come with their unique strengths and challenges, but high school, as David Trembath says, is a ‘one-size-fits-all intervention.’ Another autism researcher noted that many kids with ASD are often so anxious at school that they simply function in ‘survival mode.’ The arcane social rules, the constant bell changes, and a way of teaching — someone going ‘blah, blah, blah’ at the front of the classroom — that is wrong for so many young people (and not just those with ASD). The sensory bombardment, the struggle to find friends, the playground bullying, the teachers who fail to truly grasp what autism means.

It’s when I post on the Autism Handbook Facebook page a story of the school system failing our kids — like this or this — that parents get the most vocal. I’ve heard of a teacher ripping the baseball cap of a teenage boy who was distressed by fluorescent lights, despite the principal of that school authorising the boy to wear it, of a boy constantly disciplined for covering his ears during assembly because of the noise, of a six-year-olds suspended from school more days that not.

Government support for families with autism has gone ahead leaps and bounds since Sam was diagnosed in 2004; first with the Helping Children with Autism (HCWA) funding in 2008, and now with the NDIS. However, while the NDIS provides early intervention funding and post-school support, it stops at the school gate. The HCWA package established the Positive Partnerships program to assist school-aged children, but ten years along I’m not sure that its messages are getting through, at least fast enough.

Australian early intervention guidelines specify that professionals working in the area should have relevant and up to date training and experience in autism but children are at school much longer than they are in early intervention and there appears to be no such requirement for our teachers.

This is not intended as an exercise in teacher bagging. There were some brilliant young teachers at Sam’s previous school, who picked up simple behavioural strategies from Sam’s teacher’s aide (clear instructions, chunking of tasks, rest breaks etc.) and applied them in her absence. Subsequently Sam worked best in their classes. And to be fair, teachers themselves recognise they lack the time, training and specialist support to address the challenging and complex needs of students on the autism spectrum. They would welcome more education and training, but as usual, lack of funding is the biggest barrier to this happening.

There’d be few schools in Australia these days that wouldn’t have at least a handful of students with ASD among their pupils. Teachers need more training to support these students and their schools need to be resourced to allow that to happen. However, from what I hear in NSW at least, funding support for school students with disabilities is being cut, not increased. Unless governments get the message we’re likely to continue hearing horror stories for some time yet.

In the meantime, I hope every one’s first week of school went well.

Benison O’Reilly
Medical writer and pharmacist, based on the South Coast of NSW. She is co-author of the bestselling Complete Autism Handbook (Ventura Press) and her articles on autism have been published in The Sydney Morning Herald and The Guardian. She and her husband, Dr James Best, are parents to three boys. The youngest, Sam, has an autism spectrum disorder and was featured on ABC TV’s Australian Story in July 2017.