Amelia & Me - Parenting by the seat of my pants 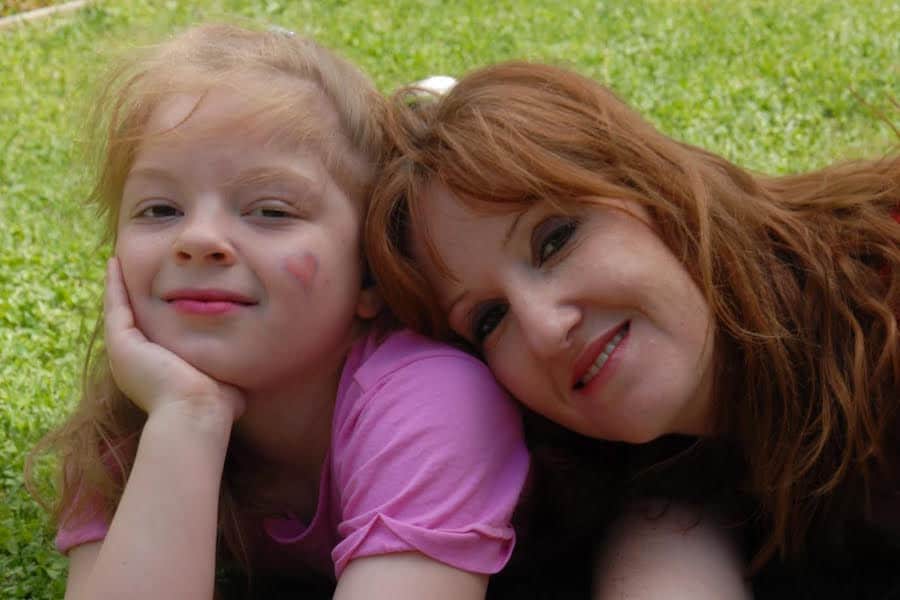 Amelia & Me - Parenting by the seat of my pants

WHEN Amelia was a baby I had this nagging feeling that there was something intangibly different about her. The thought huddled somewhere in the back of my brain, jostling for space amid the chaos of early motherhood.

If I had to put a definition around it I would say that I thought she was holding back from me. As strange as it sounds, there was something about Amelia that felt essentially out of reach.

As the months went by, the word ‘autism’ flickered on and off in my mind like a flashlight trying to signal meaning in the dark. The diagnosis of Amelia’s deafness at age two did not cancel this out, it only made the thought more insistent.

Her behaviour became increasingly wild and out of control; some days she screamed for hours until we both sobbed uncontrollably. What on earth was happening to my dear little girl?

By the time Amelia was four our family was in desperate trouble. Our home life was a warzone inhabited by two embattled parents and at the centre of it all, one child so lost we had no idea how to find her.

The diagnosis of autism spectrum disorder in 2013 was in many ways a huge relief. It confirmed what I had suspected for many years. And it finally gave us a way of understanding Amelia better, and more importantly, a pathway to helping her.

In the middle of the ceaseless appointments, therapy sessions and doctor’s visits, I started a blog about my parenting experiences. I wrote and wrote until I had excavated much of the crippling loss and anger that had ossified inside me.

I shared stories of pain, but also of hope and joy. People reached out to me and told me their own tales from the front lines of parenthood. Friends and family learned more about Amelia, about what it meant to be her in the world.

Writing was (and still is), my therapy. Taking certain events out of my memory and sending them out into the ether reduced their power to drag me under. Writing helped me to comprehend and translate my thoughts for people when I had no energy to speak.

Last year I decided to take the more than 80,000 words I poured into my blog into a book and the process has been a gift; to me as a reminder that I have been through many challenges and survived to stand taller than ever before, and to Amelia, who is the reason for it all. My inspiration.

Reading over the pages of the finished product which spans more than three years of my family life, I am struck by the depth of my fears for Amelia but also buoyed by the way I kept my head above water, and found a way to prize her individuality instead of shunning it.

What I see now in these vignettes about my daughter is the gradual erosion of that paralysing fear and the growth of something far more hopeful. My anger and grief has given way to a strange sense of (almost) peace.

Where I had obsessed over the why these things had happened and what it all meant, I finally made my way back around to focussing on who Amelia was. Amelia the girl. The person. The humourist. The dancer. The soulful one. The real her.

Even in my darkest moments, I never wanted to change my daughter into someone else, but I’ll admit I couldn’t always see her clearly. I sometimes saw her the way less-than-charitable observers did, but I think my judgement was clouded by my own feelings of failure.

Amelia was not a bad child, I was a bad mother. And if I said to myself once or twice that there were things about her that I wished were more normal (that dreadfully loaded word), I know that I was terrified that she would never be able to enjoy her life to the fullest.

So for me, the destination at the end of this particular road is signposted by acceptance. There was a point, and I can’t exactly recall the time or the place, where I let go of a lot of pain and stopped battling against the situation I was in; I stopped resisting Amelia and I let her in.

It shifted in my body like the release of a great weight. Yes, she is still deaf and autistic and these are defining things in her life and ours. But my job is not to try and change those things about her, only to find the best people and programs to help her grow and achieve her dreams.

Realising that I had come to terms with this reality within myself through my writing has been one of the singular joys of working on my book.

It is fitting to share here a quote from Andrew Solomon’s remarkable book Far From the Tree: Parents, Children and the Search for Identity, which is partly about the degree to which families like mine can reach that place of acceptance.

About one mother of a child with autism, Icilda Brown, Solomon writes: “A lifetime of non-choices had given her a gift for acceptance. She demanded good services for her son, but did not expect those services to turn him into someone else. The story of middle-class and affluent parenting of autistic children is an interminable saga of tilting at windmills; in contrast, I admired both Icilda’s acquiescence and the happiness that was its corollary.” (p. 552)

Acquiescence and happiness. No more tilting at windmills.

To me, this is the opposite of living in denial about the challenges facing your child or the hard times that lie ahead. It means finding a way, whether through writing or something else, to reconcile this life with the one you thought you’d be living.

In the space that is created by this process of giving in (rather than giving up), you can and will celebrate the unique abilities your child brings to the world. They might be different but that doesn’t mean they’re not wonderful. Every single one.

Biography: Melinda Hildebrandt is a former film researcher and cinephile with a doctorate in British cinema. She has worked for over fifteen years as a senior administrator in the university sector with a passion for equity and access. Melinda loved writing from an early age, but it wasn’t until she started blogging about raising her deaf and autistic daughter Amelia in 2013 that she discovered the power of words to express the turmoil, grief, wonder and hope of her daily life. This is her first book.

Amelia & Me is available on Amazon in paperback or ebook OR contact Melinda directly at melinda.hildebrandt@gmail.com