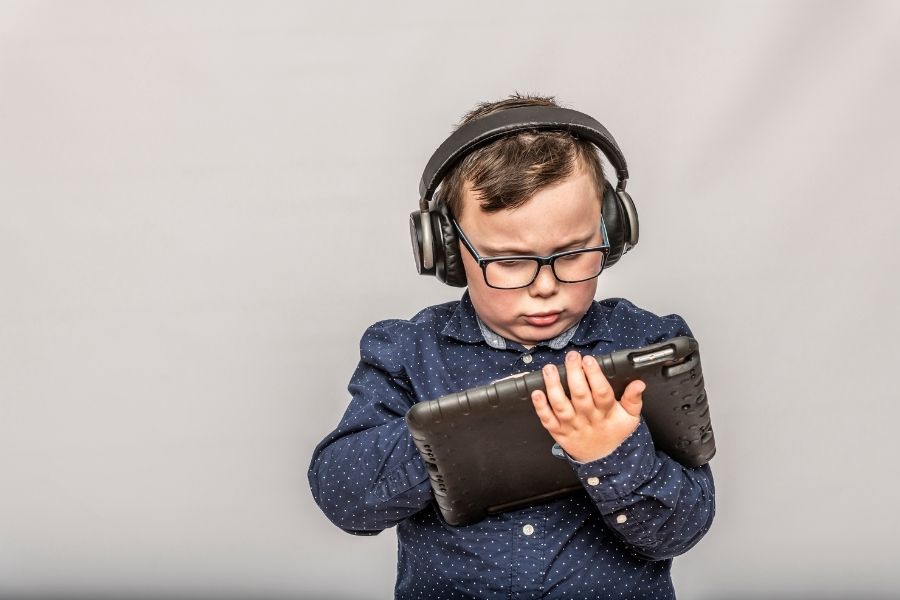 There is an emerging awareness of a distinct profile of autism currently termed Pathological Demand Avoidance (PDA). Children with PDA do not respond to typical behavioural interventions and strategies, in fact any attempts to correct behaviours are usually met with escalation or even outright aggression. These are the kids who inhabit the ‘too hard basket’ in schools and many families resort to homeschooling as the education system is unable to manage the unique features and challenges of the PDA child. There is however a growing understanding of PDA across educational sectors, as well as within psychology, paediatrics and psychiatry, and thankfully slowly but surely families are starting to have a better chance of finding supportive professionals. Despite this the concept of PDA isn’t new.

In 1980, child psychologist Elizabeth Newson came to note a cluster of children attending with an atypical autism presentation at the Child Development Clinic within Nottingham University. Twenty-three years later she published an article in the Archives of Disease in Childhood journal arguing for the presentation of PDA to be recognised as a unique profile within the autism spectrum. She was supported in this by the many parents who continued to bring their ‘autistic but not quite autistic’ children to her.

Whilst it was clear these children met many markers for autism such as communication difficulties, social challenges and emotional and sensory dysregulation, they were unusual in that there was often capacity for superficial social interaction, imaginative or fantasy play and a persistent lack of positive responses to the usual early childhood behavioural interventions. These children would most likely meet criteria for what was once known as Pervasive Developmental Delay Not Otherwise Specified (PDD-NOS) considered part of the autism spectrum. Professor Newson died in 2014, but her work has been continued by former students and colleagues at the Elizabeth Newson Centre, who advocate for ongoing research in the area of Pathological Demand Avoidance.

‍
Where are we now?

Looking to present day 2021, the DSM-5 now recognises autism as a spectrum, although neither the DSM-5 nor the ICD-2 make reference to PDA. However, the Autism CRC (Cooperative Research Centre for Living with Autism) released a national guideline in 2018 acknowledging the PDA profile as part of the autism spectrum.

This guideline document has been endorsed by the National Health and Medical Research Council (NHMRC) so represents optimal clinical care in Australia. Autism CRC is now in consultation with Australian state and federal governments about how to implement the guideline into clinical practice.

Why does PDA remain controversial?

Autistic people may routinely avoid demands or situations that trigger anxiety or sensory overload, disrupt routines, involve transitioning from one activity to another, and activities/events that they don’t see the point of or have any interest in. Autistic avoidance is a well recognised and understood phenomenon. However, those with PDA avoid the everyday demands of life in order to maintain a sense of control, even activities they may enjoy are routinely scheduled or are in their best interests.

This can present as oppositionality or deliberate defiance, leading many to consider the behaviours a result of improperly applied behavioural techniques or inconsistent parenting. Many of the management techniques parents find useful for PDA such as lowering of demands are easily misinterpreted as parents lacking boundaries around inappropriate ‘choices’.

In addition to avoidance, common behaviours seen among children with PDA may be:
- verbal and physical aggression when feeling loss of control
- self-injurious behaviour
- property destruction
- school refusal
- refusal to participate in self-care such a bathing or brushing teeth
- inability to attend social events
- inability to allow parents to have friends visit the home
- controlling what noises are allowed in a home, such as no music, or only certain music
- are often combative with siblings
- food, what to eat, when to eat, who to eat with
- conflict with siblings

It is a complex and challenging presentation, often leaving families and professionals alike floundering to find answers.

Why is PDA not ODD?

Many people with PDA are mistakenly diagnosed with Oppositional Defiance Disorder. This is not surprising as there are many similarities in the external presentations. Refusal to engage in demands/rules/requests by authority figures for example. However, the aetiology in each is quite distinct. The ODD child is making a conscious decision to assert their will and challenge authority. These children have an innate understanding of hierarchy and expectations. Importantly, those with PDA, remembering it is an autism spectrum condition, do not understand inherent power dynamics. The idea an adult has more authority or control than a child is not appreciated by those with PDA. In combination with this, the overriding motivation for demand avoidance in PDA is anxiety-based need for autonomy from control of others rather than the defiance of expectations its own sake as in the case of ODD.

Often the difference between the two presentations is won’t/can’t. ODD is a wilful choice to disobey, PDA is a crippling inability to comply.

An important distinction is children with ODD do respond to consistent behavioural interventions and positive support plans. PDA children do not.

Why does PDA matter?

Many professionals are likely to encounter PDA in child mental health and justice systems, or in family crisis services. Raising a child with PDA is incredibly challenging for the entire family unit.  Child protection services may become involved either via external reports of concern from police or teachers, or families will themselves reach out for support, often at breaking point.

Unfortunately, due to lack of awareness and understanding, supports offered rarely meet the unique needs of these families. The most likely outcome for parents is to be offered parenting classes such as the Triple P Parenting program, and if lucky, some form of respite. Consider then the frustration of parents being asked to follow typical parenting strategies to no avail, and yet not being believed by the professionals they turn to for help, or worse still being blamed for their child’s behaviours.

All research points to early identification and tailored support being the best predictor of positive long-term outcomes. Recognising the PDA profile increases the potential to access support that will be most helpful for each individual and their family.

However, at present, families can find professionals in the best-case scenario to be of no help, and in the worst case, a threat to the well-being of the family unit. In the words of one parent I spoke with “getting social workers involved was the biggest mistake of my life”.

The lack of current awareness of PDA and its manifestations means families struggle to advocate successfully for their child. Professionals in a variety of fields are well placed to be effective sources of assistance in terms of both supporting struggling families and to educate other colleagues and practitioners about the challenges PDA presents and the best ways the ameliorate them.

This is crucial, as many suggested remedies offered to parents with PDA children are currently counterproductive. Leaving households feeling increasingly isolated with nowhere to turn for help.

One of the most consistent difficulties families raising PDA children encounter is the intersection between their child’s needs and the expectations of the education system. The social and academic demands are almost always overwhelming for children with PDA, often leading to one of two outcomes. Some PDAers are brilliant at masking their challenges at school and explode once they arrive home leaving families to manage the fallout, but the school seeing nothing of concern so not inclined to provide added supports. Alternatively, the non masking children find the demands intolerable and consequently are unable to manage their distress leading to disruptive and often destructive behaviours. The school’s answer to this is almost always to request children are collected by parents, and subsequently suspended.

Neither of these approaches are sustainable in the long term, with many families turning to homeschooling/unschooling out of desperation. The suggestions for managing PDA students such as reducing demands, not using an authoritative tone, allowing for breaks from class as requested, are perceived as counter intuitive and met with resistance and even derision in many schools with staff often believing firmer expectations, boundaries and consequences will rectify the situation only to have them exacerbate them.

There’s a lack of current research about PDA generally and specifically regarding adults. No doubt there will be many people walking around undiagnosed. Anecdotally it would appear many parents of children with PDA are also. There are several adult PDAers who are active on social media raising awareness and offering insights.
Kirsty Forbes is a mother of children with PDA and is PDA herself, she lives in Australia and can be found on Facebook. Harry Thomson is another, he’s also written a book called The PDA Paradox, he’s based in the UK.

Other supports can be found on Facebook @PDA Australia and Positively PDA.

As time marches on the PDA profile is becoming increasingly accepted as a distinct subtype of autism, and very gradually the supports are finally following. But there is a very long way to go for PDA people and the people who love them.